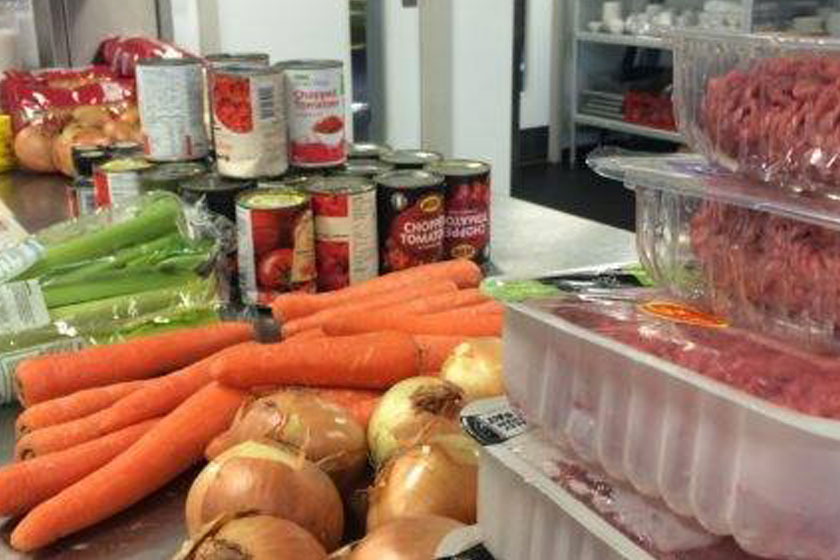 What’s going to happen to surplus food in a No Deal Brexit scenario? No one knows. There is no certainty what will happen to the nation’s retail food supply, let alone the ‘underground’ world of surplus food.

We know that the UK is dependent on food imports and if we crash out without a deal, importing food will become problematic. About 30% of our food comes from the EU and about another 10% comes from other parts of the world via EU trade deals. The government says that goods coming in from the EU will be waved through without checks, but even the retail giants anticipate some level of human chaos at the border. Perishable goods are the most vulnerable in the event of delays, so fruit, vegetables and chilled foods are likely to suffer. It is anticipated that the result will be food shortages, but the shortages will be unpredictable, based on the random chance of which transports are delayed. There is talk of suspending competition law so that retail giants can work together on logistics so that we don’t end up with too many oranges in Cambridge and no pasta in Manchester.

And without a trade deal, there will be new tariffs on imports. The government cannot waive tariffs on goods coming from (and via) the EU because under WTO rules we would then have to waive tariffs on world trade – and that would cause our own producers to suffer. The government can apply schedules of zero tariffs on specific goods, and apparently there will be no tariffs on peas, onions, jam and oranges! Some other foodstuffs will attract higher tariffs and the price of beef is predicted to rise by 7%, tinned tuna by 24%, dairy products overall by about 35%. Plus, sterling is likely to fall amidst all this chaos, meaning that imports will cost more. Does anyone think that retailers will absorb this cost and avoid passing it on to customers? Not really.

So we’re looking at unpredictable shortages and higher prices. But can we not just stockpile food in advance until things settle down? Well, it’s anticipated that there will be panic buying at the household level, but at the industrial level we can’t stockpile. The warehouses and cold stores are pretty much full already and by October 31st, in the run up to Christmas, they’ll be full to bursting. The industry says that there is no time to build new cold stores and there is simply no room to stockpile food.

So this sounds pretty bad for the supply of surplus food – surely people will be grabbing whatever food there is? Surely retailers will be desperate to sell whatever they can get their hands on meaning that there’s no surplus? There’s some truth in that, but there are some other factors to take into account. Firstly, back to the lack of storage facilities – we also export food from the UK and that is going to become problematic. The EU could well impose delaying checks on our exports – the EU is not looking at a food shortage after all – and they most certainly will impose tariffs. Well, OK – can’t we just eat all the food we’re producing in the UK and suddenly can’t export? The problem is glut. There’s going to be a mountain of freshly slaughtered lamb; more than we can possibly eat in one go. Initially, the government said that they’d buy up all the lamb and store it – and then it was pointed out that there is no storage capacity. So what’s going to happen to this glut of lamb? It’s possible that the lamb – and other foodstuffs caught in a similar trap – will find its way into the surplus underground.

And then what about the random shortages? For raw ingredients on the supermarket shelves, well that’s just annoying if you can’t get your hands on some parmesan when you want it – but for manufacturers it’s more than annoying – it potentially undermines a whole production run. If you are manufacturing products with a dozen ingredients and two of them are missing, your production line can’t run. Some adjustment to products might be possible – but there are all kinds of implications for obtaining alternative ingredients, product testing, factory set up, changing work practices, marketing, packaging and agreements between producers and retailers. So it’s entirely possible that the missing two ingredients out of the dozen mean that the remaining ten ingredients cannot be used. Those ingredients might find their way into the surplus system. And then there’s the logistics issue. It’s possible that retailers will work together to ensure some kind of equitable distribution, but it seems just as possible that the best-laid plans won’t quite work out due to confusion and human error and we’ll have random over-supply and under-supply – and some of that over-supply will find its way into the surplus underground. And there will probably be some attempts to secure extra food – you can imagine well-meaning civil servants making deals on shiploads of food, and we’ll end up with weird stuff – remember the pink Himalayan salt – that will also find its way into the surplus system.

And then finally, our food practices won’t change overnight. Retailers will still attempt to operate on an all-shelves-full-all-the-time policy, meaning that they will still want to over-order and late-cancel orders. It’s possible that the logistics system will get a bit more efficient at redirection in the context of shortages, but there will still be some food languishing in distribution hubs. Consumers will take some time to get over their resistance to imperfect looking fruit and vegetables. They are likely to see much more of this in the shops, but cosmetic rejections will still occur at the business level, meaning rejected crops should still find their way into the surplus system and there might be some extra support for gleaning. And fast food and sandwich shops and cafes will still be guessing at how much they might sell and still be getting it wrong some of the time.

In the end, we don’t want there to be surplus food. The commercial food system is a sickly mess. You could hope that one good thing coming out of a no-deal Brexit would be an enforced return to a local and sustainable food system, but there is just too much money involved for Brexit to break the commercial food system. The people most likely to suffer are the people on limited incomes, who already spend a greater proportion of their income on food. For that reason and for those people, we hope that there will still be surplus, for just as long as it takes to upturn our food system into something affordable and democratic but also healthier for people and the planet.

About the Author: Deborah Finn